Jambi, 27 July 2017 – Senior Minister of State, Ministry of Defence and Foreign Affairs of Singapore Dr. Mohammad Maliki bin Osman and Executive Director of ICCTF Dr. Gabriel A. Wagey visit one of ICCTF’s project site in Tanjung Jabung Timur, Jambi, Thursday, 27th July 2017. This project is one out of eleven projects in five targeted provinces that ICCTF has funded and initiated to reduce emission through forest and peatland fire prevention and management. 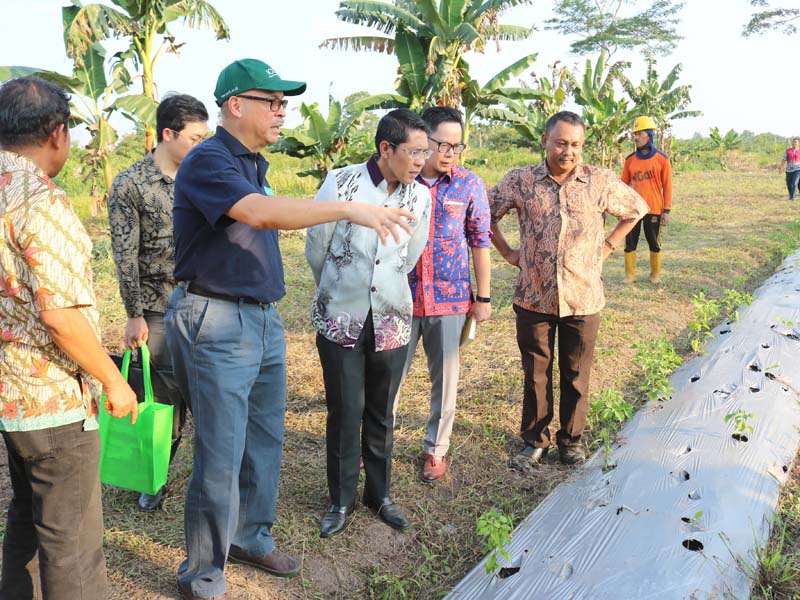 The main purpose of this visit is to see the extent damage caused by the fires in 2015, what efforts has been made to combat forest and peatland fires and its impacts for the community. As he stated ‘’We need to develop something that will be sustained for the wellbeing of the local community and their livelihood’’.

Alongside with the program’s framework ‘’Forest and Peatland Management to Reduce Emission in Indonesia through Local Actions’’, ICCTF targeted to restore 26,167 Ha area of post fire peatland and to reduce fire hotspots to 17,138 points. On site, the local community shows the demonstration plot for integrated no slash and burn farming method in peatland area, canal blocking to support peatland rewetting, and installed hydrant wells.

ICCTF welcomes the visit of Senior Minister of State Singapore, and ready to cooperate with the Government of Singapore in tackling forest and peatland fires because ICCTF has a strong commitment and roles on the prevention and management of land and forest fire. As stated by Dr. Tony Wagey, ‘’ICCTF has the capacity and experience to deliver results to our proponents and partners as we are the only climate change trust fund organization in Indonesia’’. (AFD)