Transforming an ex-mining area into a Mangrove Tourism Park 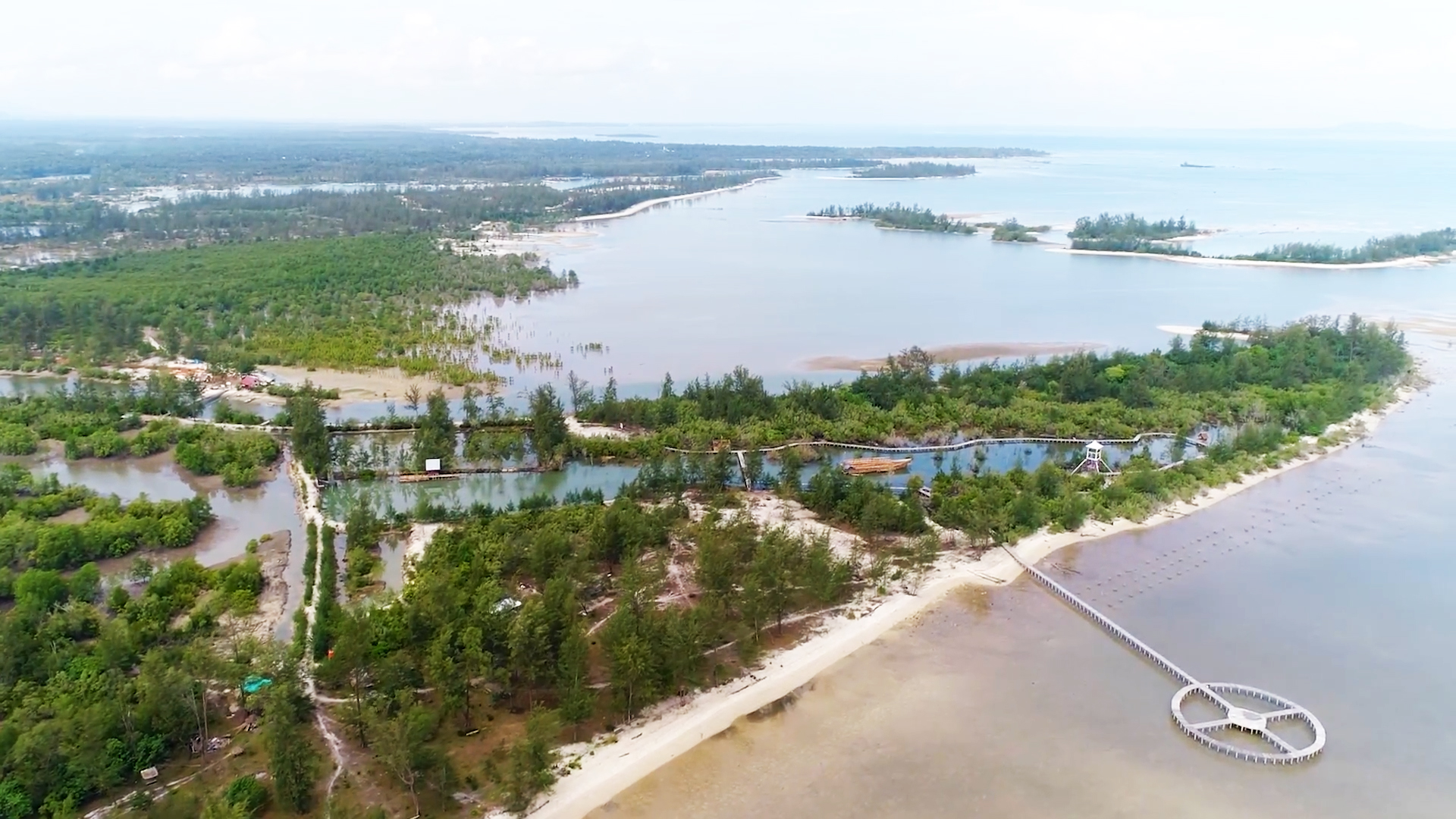 Indonesia Climate Change Trust Fund (ICCTF) in collaboration with Yayasan Terangi, and funded by USAID, intervened the issue by implementing “Belitung Mangrove Park Project”, to transform ex-mining area into a Mangrove Tourism Park for Ecosystem Rehabilitation and Carbon Sequestration. Some significant impacts are currently can be seen from the project intervention, particularly for local economic and livelihood condition. For instance, there are reduction of abandoned mine land in the area as the local communities have become more active in reforestation and maintaining the Community Forest. Under the project, people are actively participating in the mitigation programs for the community forest such as plantation of 6,000 mangroves, 4,500 nipah, and 4,500 ketapang; construction of forest watch tower; and development of solar panel tools and system. Other than that, they are also developing the Community Mangrove forest into an eco-tourism destination called Belitung Mangrove Park.

Belitung Island in Bangka Belitung province is one of the biggest tin mineral-producers in Indonesia, even in the world. Unfortunately, as the mining activities increase the wealth of people, the tin mining areas in Belitung are attracting illegal miners, some of them are local people. The mining activities are even supported by the Local Government Regulation No.6 of 2001 about general mining which allowed local people to exploit the tin as long as they are fit in the specifications of the regulation. As such, both the tin-mining locations as well as the abandoned mining areas in Belitung can be easily seen across the island.

Situated in the coastal area of Belitung Island, Juru Seberang village is one of the onshore tin mining locations which has a large abandoned mining area. Although some of these areas have been developed into a community forest (HKm) planted with mangrove to rehabilitate the coastal area, there was a problem in the post-rehabilitation and management of mangrove. No sustainability system was provided to manage the mangrove forest and the local people were more interested in joining the tin mining activities rather than managing the community forest (HKm). As the results, the mangrove forest was neglected and the number of abandoned land has increased.

Stakeholder consultation was an integral part of the project preparation and implementation strategy. Yayasan Terangi, as the proponent of ICCTF in this project, developed several consultation and coordination sessions with local people, represented by the head of HKm Juru Seberang, as well as with the regent of Belitung. Due to Belitung specificities, project’s preference was given to activities that value the economic growth of local people, but also are responsible to the mangrove forest and ecosystem. Developing the mangrove forest as the eco-tourism destination was seen as the well-suited project for Belitung that might gain the interest of local people to actively participate in developing and sustaining the mangrove forest.

One of key factor for project sustainability is to gain support from communities, as well as local government. On the early period of the project, an institutional arrangement was set up through a Memorandum of Understanding (MoU) between Yayasan Terangi and HKm Juru Seberang. As HKm Juru Seberang is already a well-established community who manages the forest, it is clearly stated in the MoU that they are responsible to prepare, implement, and monitor the project together with Yayasan Terangi.

Both HKm Juru Seberang and Yayasan Terangi have extensive experiences in engaging local communities in the mangrove forest protection and management, also in drawing other institutions to participate in the project. After the kick-off project meeting, some local communities are keen to join the project, such as HKM Tanjung Rasa village, GAPABEL, and Keciput village. Other than that, several institutions are also participating in the project to support the construction of Belitung Mangrove Park’s infrastructures, including Ministry of Public Works and Housing, Local Government Agency (Dinas) for Public Works and Housing, The Watershed Management Center (BPDAS), Local Government Agency (Dinas) for Environmental Affairs, and private sector, represented by PT Timah. The budget allocation of the infrastructures construction from those institutes as project leverage is reaching a total of IDR 19.9 billion. Another point to add is since Belitung Mangrove Park has generated large amounts of money from the entrance fees, it has also contributed in the infrastructures construction.